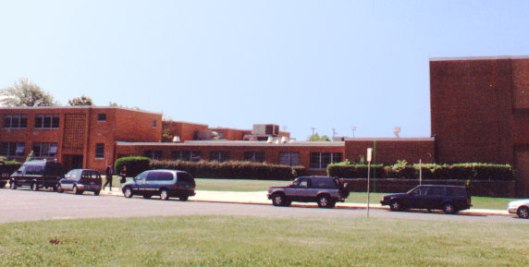 I was 16 when George McGovern ran for president. I grew up outside of Washington, DC, and my father and I had gone to all the big anti-war protests on the mall.  So naturally, I was gung-ho McGovern, and I signed up to canvass for him, and set up a Students for McGovern chapter in my high school.

I was the kind of kid who never went home right after school. I hung out with the debate team and the model UN kids and sometimes the drama club and the band kids — in other words, the dorks. One afternoon, shortly after I’d put up Students for McGovern posters all over the school, I was hanging out when I saw the president of the student body walking down the hallway with all my posters under his arm. 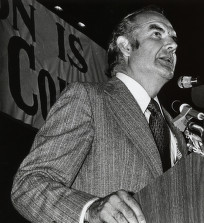 “Against school policy to have posters endorsing a candidate.” He seemed quite pleased with himself.

“What happened to the First Amendment?” I countered.

He deflected blame to Mr. Ladson, the principal. Apparently the First Amendment took a back seat to the dictums of Mr. Ladson. This was, after all, high school.

I went home, called my dad at work and asked him what I should do. He suggested I called Audrey Moore, a “good Democrat” who happened to serve on the Board of Supervisors, and to live up the street from us as well. So I looked up Audrey Moore’s number in my neighborhood directory and  told her my story.

END_OF_DOCUMENT_TOKEN_TO_BE_REPLACED

Forget Batman. Want to see a movie about a real hero? Watch “Ai Weiwei: Never Sorry” — which to me is the …

According to Klout, I am influential about three topics: Writing, Film Festivals and the Pope. I don’t know how the Pope …

Home Depot reinvented the corner hardware store and Walmart wants to be Main Street, so why wouldn’t tech giants Google …

Let’s see what wins, the yin side of me, my new blog exploring the world of worry, The Angst Report …

My two New Year’s Resolutions — write more and do more yoga — were in conflict today. There was a …

It is a day of new beginnings, of resolutions and honest sweat. I made it to 10 am yoga and …

Here’s where the pathetic, soft-bellied princess is whipped into shape by a ruthless drill sergeant with a bad attitude. And …